Get industry ready with our accredited courses.

Shaker operates many training academies around the world. Established in 2001, the Shaker BarSchools are the UK and South African’s leading bartending schools dedicated to providing bartending, cocktail, and coffee related training courses.

Shaker professional bartending & barista courses offer you the opportunity to train in all disciplines with some of the most comprehensive bar and cocktail training programs available in the world.

Shaker BarSchools reputation precedes itself and the quality of our training programs and trainers are what we hang our hat on.

Work around
the world

What We Are All About

We specialize in a whole host of bar and barista courses for both individuals wanting to start a career in the hospitality industry, or those just looking for more of a fun session, we have a course to meet your needs. Our courses are practical and enjoyable we will be alongside you as you take your first steps in Bartending or as a Barista 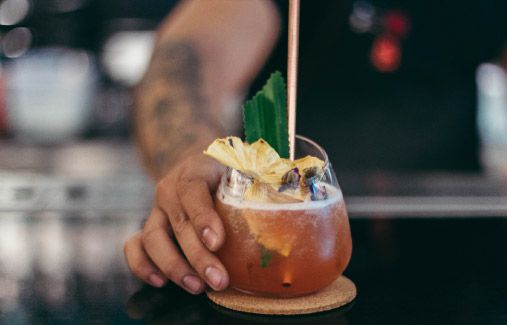 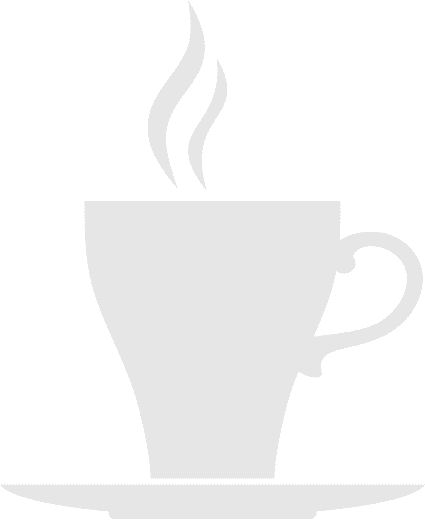 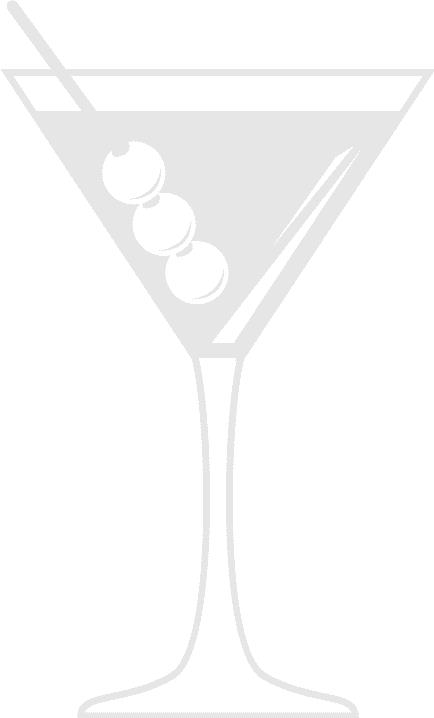 Interested in starting a journey in bartending or barista training?

Contact us and we will help you every step of the way. We run many different courses and packages and sometimes it can be hard to decide which is best. Give us a call and we can chat it through.

There is some fantastic information available on the internet nowadays that can really help a bartenders journey. But what do you start with? We have spent 20 yrs starting bartenders and baristas off on their professional journeys', it's important to learn enough but not get overwhelmed with information. The practical skills are important to start with, and you need just enough knowledge of the bar to know what you don't know

Our team have a combined experience of over 100 years of operational and bartending experience. We are there to support and curate your learning journey. Some people take to practical skills fast, some take longer, some find the theory daunting and need some more help. If you have any particular learning needs please let us know and we will support you in the way you most need it. We want to produce the best bartenders and baristas we can.

Anil was pivotal in setting up Shaker in the UK and has trained more than 5000 budding bartenders since 2001. As a competition bartender he has been a finalist many times including, Winning TGI Fridays Birmingham Flair, Roadhouse World Flair Finalist on several occasions, Northern Flair League Champion (2004) and won the SKYY Vodka Nationals 2008 to represent SA in Monte Carlo. After that he was given first place in the King of Africa Competition as the top mixologist and flair bartender in the country for 2008 and recently won the Get a Grip Flair & mixology Championship 2012. Anil had designed and implemented custom training programs for some of the big liqueur companies including Skyy Vodka, Bacardi, Cointreau and Glenfiddich. 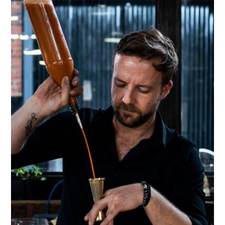 Gareth began his career in 1997, albeit as a temporary plan for pocket money. From 2000 he began to work more frequently in nightclubs, pubs and local bars. It was not until 2005 where he discovered his love for the industry and decided to move his efforts into making the job of barman into a profession. He has worked in every single arena of the liquor industry from mobile bars and events, to corporate to opening his own bars such as The Landmark Cocktail Bar and The Little Fox, both in Johannesburg as well as making his own spirits and running an ecommerce liquor store. 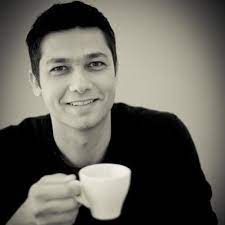 Mikhael is our Barista trainer and a highly regarded Coffee Barista himself. He has competed in many national barista competitions including 1st runner up at the Western Cape Barista Championship in 2010 and 2011; Winner of the best Cappuccino award in South Africa (2010) and best Cappuccino and Espresso awards in Western Cape (2010). Mikhael teaches all our coffee courses and training and is available to go on site visits for coffee consultancy. 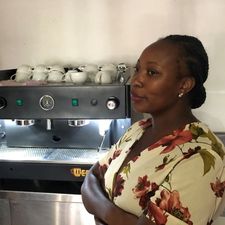 Charmaine has been in the coffee industry now for over 9 years and has a huge passion and love for all things coffee. She has worked as a head barista for many of JHB’s top coffee shops and has been involved in coffee cupping (taste evaluating) up and coming baristas for a variety of backgrounds. She has competed in many national competitions and came 3rd in her first coffee competition in 2006. From there 7th in the regional barista competition 2008 and 1st in the latte art 2015 competition. She is an awesome teacher who is always eager to pass her knowledge onto others.

WSET provides best-in-class education and qualifications to inspire and empower the world’s wine and spirits professionals and enthusiasts. We offer a comprehensive suite of qualifications covering wines and spirits.

WSET qualifications are globally recognised as the international standard in wine and spirit knowledge. They are designed for those who are just starting out in their careers, as well as established professionals, and the many enthusiasts who have a passion for wines and spirits.

What Our Clients Have To Say

This is such a fantastic course. I loved every minute and the instructors are so knowledgeable. I especially loved the practical sessions where we got to serve in an actual bar environment. I am looking forward to putting my skills to the test.

Jordan Botes
This course was most informative, both theoretically and practically. Charmaine is an excellent educator. I had loads of fun!

Shaker offer a bar training and consultancy solution to businesses in the hospitality industry from small independent restaurants and bars to groups, hotels and international brands. We are currently on a two year consultancy with a major hotel chain the Maldives.

Our consultancy team can develop bespoke training material for your team as well as a bespoke training program and drinks list. Often businesses find it more practical to run our training sessions onsite and indeed this can work out a cheaper option than sending everyone to our training schools. Sometimes we can help with just a menu tweek, and sometimes it's just the stock management that needs help.

Talk to us and we will do our best to find a solution to fit your time and budget. 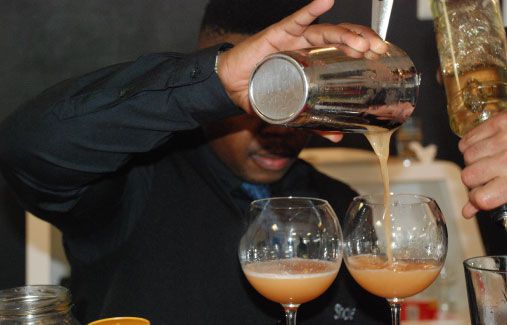 Every time you mix a drink at Shaker BarSchool you will be pouring from a range of quality house & premium pours as well as using some of the best bar equipment currently available. Here are the great brands we use at the school.

Both our Cape Town & Johannesburg venues are perfect if you are looking for a fully functional and working bar environment. Perfect for photo shoots, adverts, brand / product launches & cocktail competitions.

Alongside the room booking we can provide a professional barista service and cocktails when you finish!

Please call us for prices and availability.

Shaker Events run all kinds of bar and bartender hire from our two schools in Parkhurst, Johannesburg and Bree St, Cape Town. We run everything from small private cocktail bars to large corporate events with a teambuilding session for 300 people.

Our teambuilding sessions are very popular as they allow your guests to get behind the bar (with supervision) to make some cocktail classics and show their bar skills. We run these sessions from 10 people upwards. 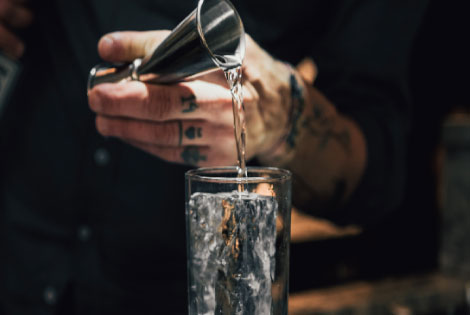 This was a last minute party at an exclusive Camps Bay address. There were over 30 guests drinking champagne and cocktails till the early hours of 2022 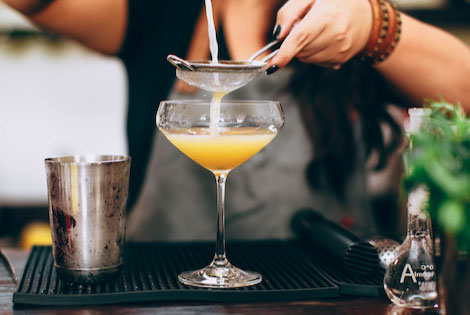 This cocktail teambuilding was for a small company who wanted to celebrate their recent success in style. Many cocktails were made and consumed with style

If you want all the latest news and special offers from Shaker sign up to our newsletter, it only comes a few times a year and you can unsubscribe at any time.